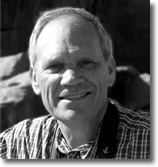 Andre holds a B.Iuris degree (with endorsement) from the University of Pretoria, and is a registered DIM (Discretionary Investment Manager) with FSCA, with a Category IIA license.

They had been known for their successful macro top-down methodology, where they switched their funds under management to the money market just weeks just before the 1998 crash and again just before the IT Bubble crash of 2000. However, they have had to change their macro top down methodology since the credit crunch crash of 2008, which is explained in more detail under professional advice par 7 on the home page.

As a majority of clients invested in Kanaan Hedge FoF have indicated during 2019 they would rather invest in the Moriah Global Hedge FoF via the administrator IAL in Mauritius where the fund manager is not limited to a handful of offshore funds registered in South African, it was decided to transfer the Kanaan Hedge FoF from South Africa to Mauritius during Feb 2020. 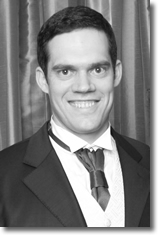 Gert Delport worked as a Portfolio Administrator for Kanaan Trust Investment Managers from 1999 until 2002. Working with a successful DIM stimulated his interest in fund management, and during 2002 he enrolled for the Bachelor of Commerce Financial Management degree.

He was appointed by Xhilarator Investment Managers as a Junior Analyst during 2004, and completed his B.Com Financial Management Degree in June 2005. He was subsequently promoted to an Investment Analyst and Assistant Financial Manager. During his time with Xhilarator (Pty) Ltd, Gert was instrumental in the development of various products, including the successful Kanaan Hedge Fund of Funds. His involvement and research into the alternative investment space intrigued him and lead him to enroll for CFA. He has completed the first year of studies of CFA. 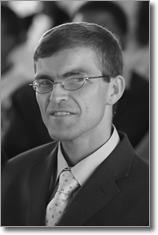 Andries van Tonder was appointed as Analyst, Programmer and Compliance Officer at Kanaan Asset Managers. Andries holds a B.Sc Engineering (Chem) Degree, and has successfully completed his CFP examinations (Postgraduate Diploma in Financial Planning) in 2017 at the University of the Free State. Andries also teaches Economics, Maths and Science at Cedar College of Education and is currently studying towards his Actuarial Science degree. He is keenly interested in economic matters and as such has applied his mathematical mind accordingly in identifying new investment opportunities, analysing existing and new funds, identifying possible risks etc., and is continuously qualifying himself in the field. He also advises some clients of Kanaan Trust on the asset allocation of their investments and their capital requirements.